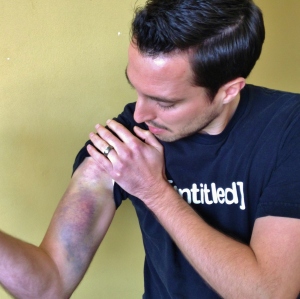 Nine broken bones, stitches, staples, sprains, etc. That’s what comes with a general attraction toward activities that seem to contain risk for personal injury. There is one benefit, though, that comes with a file that rivals Tim Taylor’s. One more and the hospital gives me a complimentary coffee cup.

No…that’s not the benefit I meant. The benefit to which I’m referring is that I’ve developed a pretty strong pain tolerance. I’ve learned to deal with higher concentrations of pain, and not allow pain to take me out of the game. Almost to a fault, actually. Last year, I injured my leg in the last game of an indoor soccer rec league. We were bad, but we had fun. If there are “undefeated” teams…ours walked into that last game “defeated.” If memory serves me right we were down around 7… 8… maybe 13 goals when I injured myself, but that didn’t stop me from playing the second half on what I found out was a torn meniscus, torn ACL, and sprained ankle.

Some may think me foolish. Indeed, whenever I come away from a fresh injury I’m usually met by remarks like,
“Maybe you should give up such active sports.”
“You’re not as young as you used to be.”
“Time to slow down a bit.”

True enough, I may be a little foolhardy. And there may come a time when I need to trade the soccer ball for the elliptical. But here’s the thing: I love to be active. And if that means that I need to play through some pain from time to time, then that’s what I’m going to do.

This past Sunday, two of Lauren and I’s best friends moved to Georgia. Now, this is a move that they prayed through for a long time, and we’re in total agreement that it was a good move for them. We’re excited to see how God uses this next chapter to shape them and equip them for ministry.

But that doesn’t mean that it still doesn’t suck.

Good friends are hard to come by. So when you have to say “see you later” to some – even when it’s moving a few states away – it hurts. And it leaves a wound that takes time to heal. Especially if something along these lines happens more than once in a relatively short amount of time. Maybe it’s another friend moving away. Maybe it’s a family member who’s acting crazy. Maybe it’s a prayer that wasn’t answered the way you’d hoped or some drama at work.

When it comes to emotional, relational, vocational, or spiritual pain, it’s a lot harder to play through pain. But when I’m caught in such a place, I have to remember that the lessons I’ve learned with physical pain still apply:

Pain – especially non-physical pain – has the ability to stop you in your tracks. In the scenario I mentioned above, for instance, there’s a real temptation for Lauren and I not to try and develop new friendships. It takes a lot of effort (not to mention awkwardness) to connect and build intimacy with someone. What if I put in the time and that new friend ends up leaving, as well? Fears like these are heightened because of the pain I’m going through, and so the “easy” solution is to stop putting myself out there. Netflix becomes my new best friend.

What I have to remember, though, is that discipline begets discipline. And the reverse is true as well… laziness begets laziness. When I’m physically inactive, there’s a much larger chance that I won’t possess the motivation and discipline to maintain the other aspects of my life that benefit my relationship with God. When I’m inactive in other areas of life, whether it be not cultivating new relationships, slacking off at my job, etc., that problem increases exponentially. You can bet your biscuits that my devotional times have likely been suffering and I’ve been struggling more with the temptations in my life.

Now, I understand that there are times to slow down, mourn, grieve, rest, heal. But I also understand that slowing down doesn’t mean stopping.  It means being still in the right ways to allow God’s presence to minister to you, while doing what you can to keep pain from becoming a prison. It’s hard to move forward if you’re not moving at all.

God Uses My Pain as a Catalyst for Growth

If you’ve had to deal with any sort of physical injury you know that pain may come with the initial injury, but it also comes with the recovery process. This spring, I started developing a freak pain in my knee that would flare up if I had been active for over an hour. Long story short, I was experiencing ITBS – a fairly common issue with runners, hikers, and the like. I also learned that the pain wasn’t from a problem in my knee, but from weakness throughout my upper leg. It was the pain in my knee that helped me see that there was a part of my body that was underdeveloped. Building up my leg strength was painful, too. Stretching, foam rollers (aka “spongy torture rod”), exercise… But I stayed with it, and the issue went away.

One of the few things I have to lean against in times of pain is that God loves me. More than that, God is able to redeem whatever pain I experience.

And we know that in all things God works for the good of those who love him, who have been called according to his purpose. – Rom. 8:28 NIV

I can look back on times of extreme duress in the past, and now see how God used those times to grow me. Like metal through the fire, I was refined to become stronger and more pure. Like a grapevine, I was pruned to become more fruitful. Like a spoiled child, I was disciplined to become more mature.

Though I may not understand why I experience times of pain, I can remember God’s faithfulness to me in the past and know he will be faithful to me now. That assurance doesn’t necessarily take the pain away, but it does put it in it’s proper place. My pain is not the lord of me. It is not my master. It is simply a tool in my Master’s hands…and he loves me. 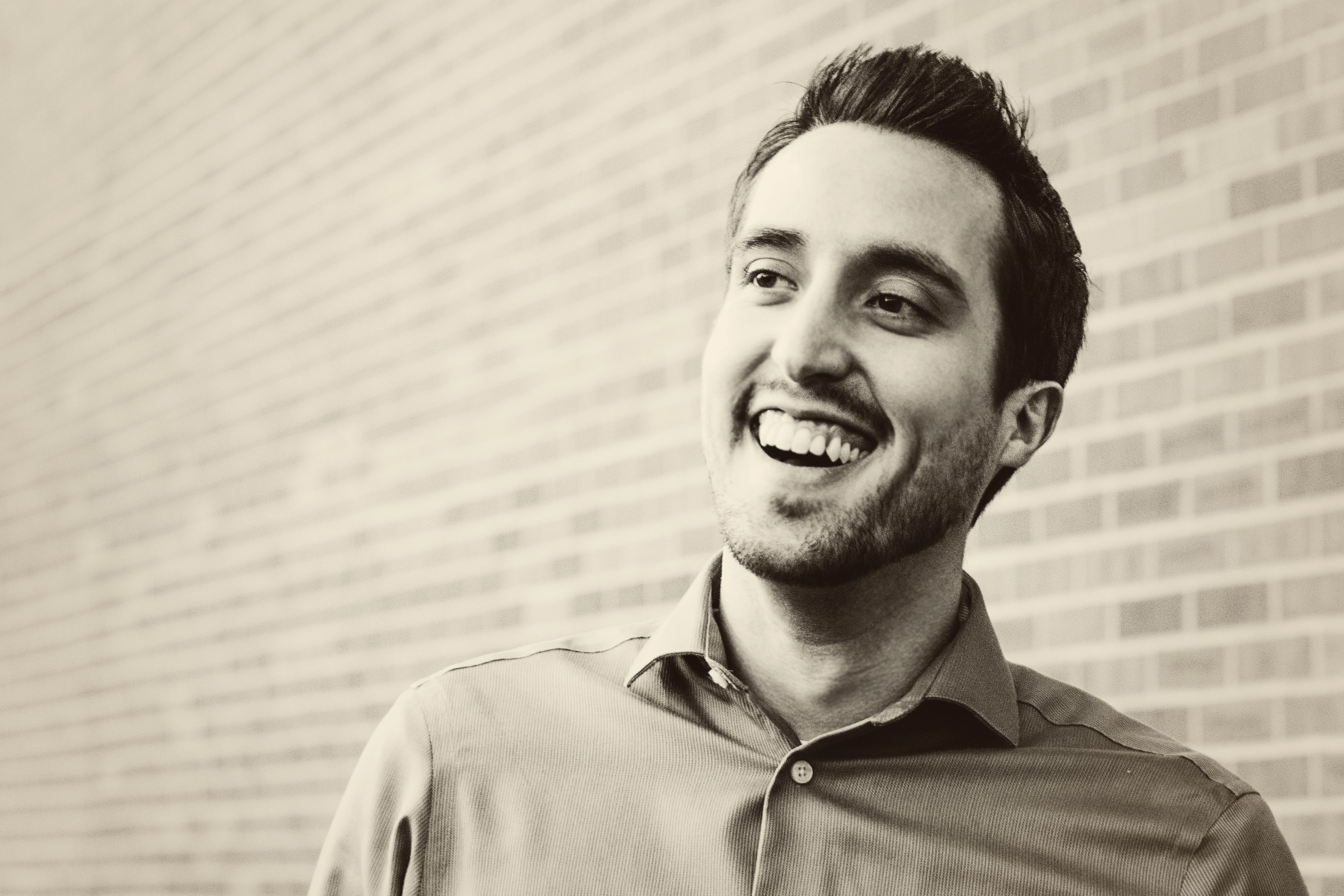